There is so much I have to tell you and yet each day passes without a word. Well, reader. Today is your lucky day. I’m going to tell you about the greatest cat in the world: Beatrice.

On Monday October 16th, 2017 I made the most difficult decision I have ever had to make. We had to put Beatrice to sleep. She was seventeen years old, so she was really living on borrowed time ever since we adopted her, but I truly believe the two years we spent with her were some of her happiest. 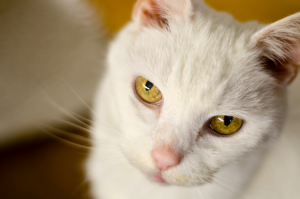 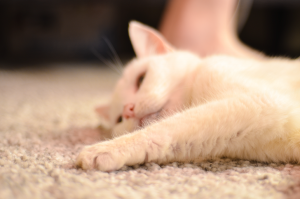 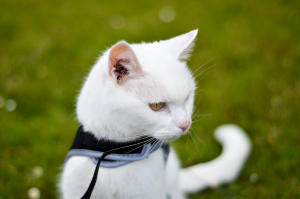 Originally when we were looking to adopt a cat we had our hearts set on getting a kitten. It had been a few years since I’d had a cat of my own and so I was convinced that getting a kitten would be best because then I would have a companion for a longer amount of time. When we got to the RSPCA, however, they recommended a fifteen year old white cat named Snowy. Of course we were skeptical — who wouldn’t be when adopting a senior cat? But from the moment I stroked her fur, I knew she was coming home with us. In the car on our way home I named her Beatrice.

Beatrice was a picky eater from day one. We tried just about every type of cat food available to us – dry and wet – but because of her old age we quickly found out that she loved gravy. Only, Beatrice didn’t always love the same types of gravy. After a while, however, we managed to get into a rhythm of switching up her cat food just enough so she wouldn’t get too bored. 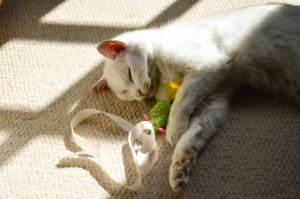 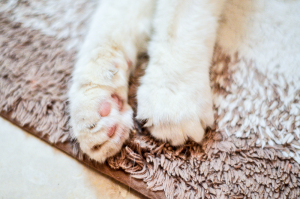 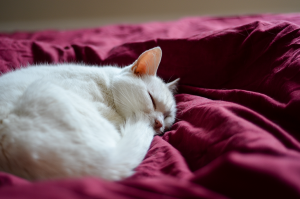 Besides gravy, Beatrice also loved to nap. We have heated bathroom floors, so that was usually her go-to napping spot, but eventually we convinced her to cosy up in an actual cat bed from time to time. If she wasn’t shouting for more gravy, she was usually snoozing!

During the first year we had her we experienced some scary health-related moments. When we were visiting my family in America for Christmas that year, Beatrice’s health began to rapidly decline; she was having trouble walking and she stumbled a lot. When we got back we found out that she had arthritis in her hips, so we began to give her daily pain medication. After that, everything was great! Beatrice was back to chowing down on gravy and snoozing around the house.

Earlier this year, Beatrice’s age began to show when she continually missed the litter box. She was having trouble climbing in and out of the box to go to the bathroom. We went to IKEA and bought a shallow storage box and cut part of the side down low enough so she could walk in and out without trouble. This little hack helped her out tremendously and I’m sure she appreciated it.

We didn’t really notice any red flags until the last week. Her appetite was basically non-existent, which was a scary thing since she had always been a slim cat. Then, the Sunday before, we noticed her cheek was swollen so much that it looked like she had a ping pong ball in her mouth. Unfortunately, the vet was closed, so the only thing we could do was look after her and spend time with her. I feel so grateful that we had that last day at home together. Even Dolores was being nice to Beatrice! 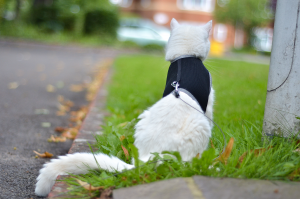 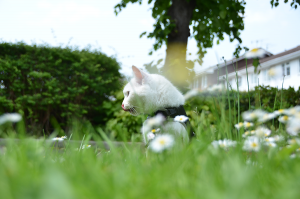 That Monday morning we took Beatrice to the vet to get her swollen cheek checked out (it might have been a tooth abscess or possibly a tumor) but when the vet began to run tests on her to determine whether or not she could be put under anesthesia for surgery, the results revealed that her kidneys were failing.

Losing a pet is never easy, and I would go so far as to say that having to euthanize one is even harder. Still, we had to do right by Beatrice and even though I would have paid any amount of money to have more time with her, she was suffering. I wanted so badly to fix her, but when an animal is that old and has multiple issues, there isn’t much you can do but make them comfortable.

So that’s what we did. We hugged and kissed her and held her while we told her how much we loved her and thanked her for being such a wonderful companion. And then the vet came in for the procedure and I held her as she took her final breath. 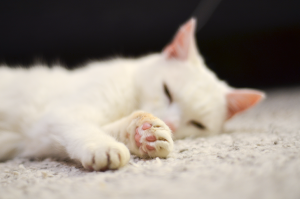 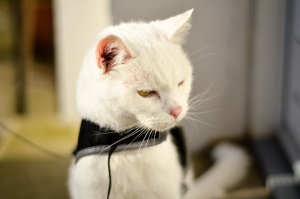 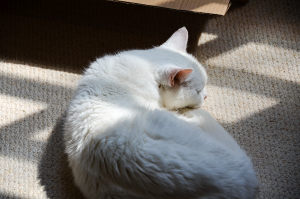 Beatrice always had a way of looking at me as if she understood me on a deeper level. I know how bonkers this must sound, but I really believe that she was my soulmate. I felt such an intense bond with her from the moment I met her. It was like we could communicate with each other with just a look. For me, the hardest part about euthanizing Beatrice was looking at her and seeing the nothingness in her eyes. I have never seen anything like that before. She just… Wasn’t there. Her pupils had relaxed completely and that glimmer in her eyes was just gone. My Beatrice wasn’t there.

Even now, months after we said goodbye, I’m still crying! Grief is a funny thing, isn’t it? Obviously there’s no time limit for grief, but it’s amazing how fresh those wounds feel. I still miss her so much, but I knew when we adopted her that we would be lucky to have for as long as we did.

Beatrice was and still is the greatest cat I have ever known, and I am so lucky to have met her. 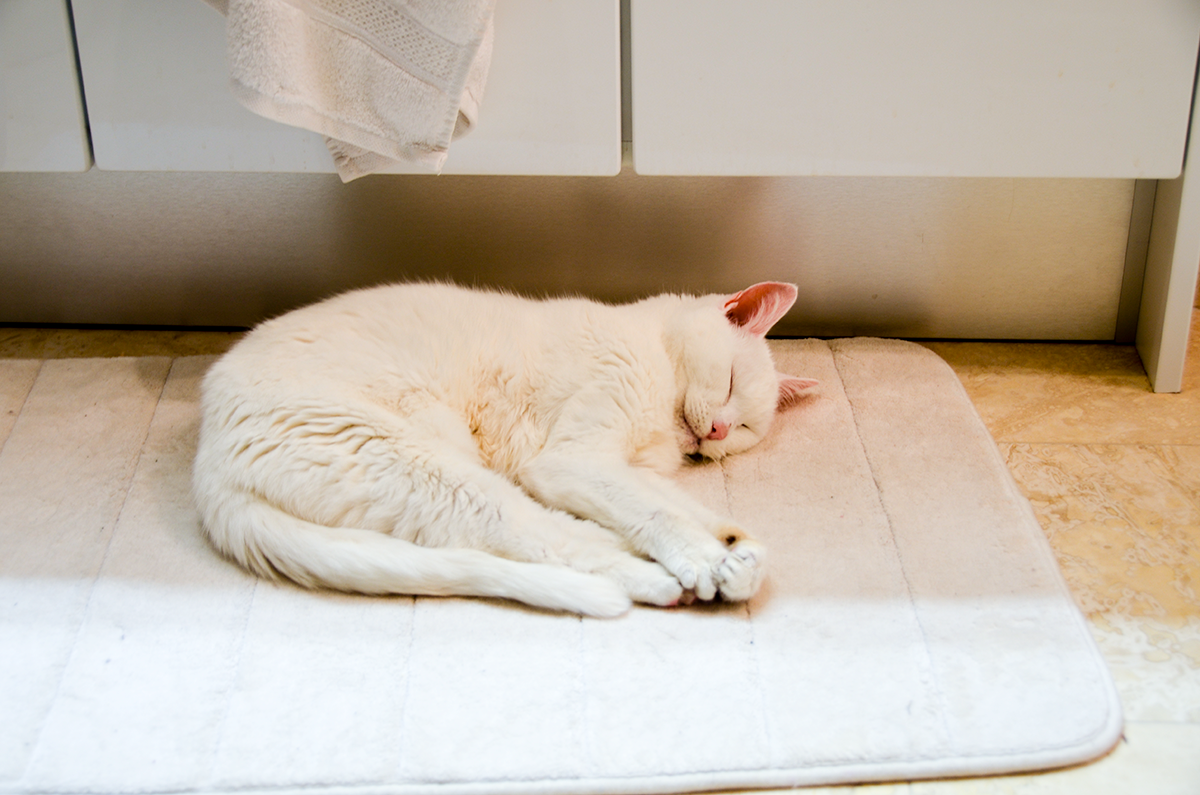